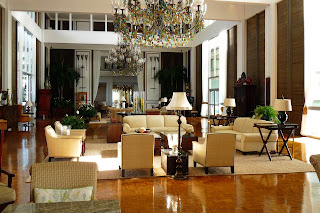 Lobby at The Kahala Resort﻿

One of the interesting things about travel is that there’s something for everyone.  Case in point: our recent trip to Hawaii, where we stayed in three different hotels, each appealing to a different clientele.  This blog will cover our first hotel on Oahu, the beautiful and elegant Kahala.


The main purpose of our trip was some group travel over Memorial Day weekend, which we, as travel agents, had arranged.  That would be in Waikiki proper.  But first, my husband and I opted for a couple of days at The Kahala as a belated anniversary celebration. 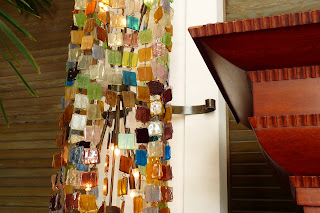 Perhaps it sets the stage to mention who some of The Kahala's past guests have been.  For British-royals watchers, we can start with Prince Charles and Princess Diana, and then move up to (at a different time) Queen Elizabeth and Prince Philip.  There was also Spain’s King Juan Carlos.  As for comparable royalty on this side of the pond, every American President from Lyndon Johnson to Barack Obama has stayed there.  And then there’s entertainment royalty: if you’re wondering about someone specific, the answer is probably yes.  We were told that just the week before Rihanna had been there and stayed in a suite a few doors down from our room. 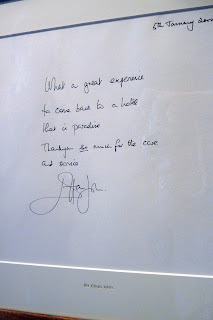 Sir Elton John's letter of recommendation for The Kahala Resort

When Elton John, who once admitted to having spent £293,000 on flowers in just 20 months, calls The Kahala “paradise,” how many TripAdvisor reviews do you really need to read to know if it’s up to your standards?


The brief overview of past guests tells you a lot about the quality—and the seclusion—of The Kahala.  It also suggests something of the price, though I’m not quite sure anyone is ever completely prepared to hear a starting rate of almost $600 a night (that’s for a mountain-view room with no lanai), and rising to $10,000 a night.  For most of us commoners, The Kahala will always be a splurge.  However, this vicarious journey there is free!


First, the setting.  The Kahala is only a 15-minute drive from Waikiki, but it’s a world away. 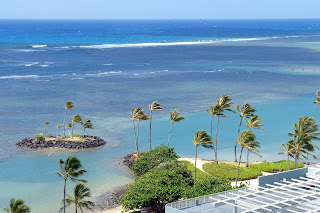 Overlooking the beautiful ocean view at The Kahala 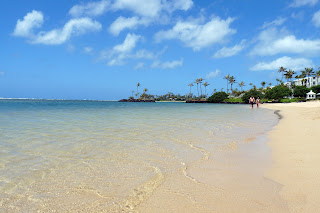 Pristine beach and crystal-clear waters at The Kahala Resort

When would you ever see a beach this uncrowded in Waikiki?

I took my pool shots while most guests were still sleeping in or at breakfast.  But even after things started picking up, it seemed there would always be plenty of lounge chairs—either around the pool and/or on the beach—which is a good feeling to have when you're at a beach resort! 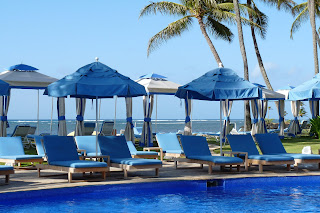 A stunning beach-front pool setting at The Kahala 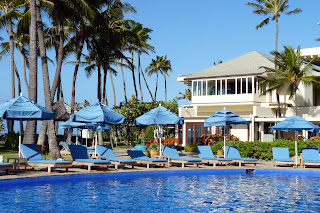 An early-morning pool shot at The Kahala Resort

Knowing that Queen Elizabeth had been there before—and thinking how she might be wanting a little R & R before her Jubilee and the Olympics began—I did scan this area for her, just in case.  I’m not very good at spotting celebrities, but I was pretty sure I could at least recognize the Queen sitting out by the pool.  She’d be the one sunbathing with her gloves and purse!  But Her Majesty was nowhere to be seen on this trip.


We did see some beautiful sea life, however.  The gentle pace at The Kahala invites you to  s-l-o-w down.  Once I got into that mindset, I think I could have spent hours just watching the green sea turtles and tropical fish in their private lagoon. 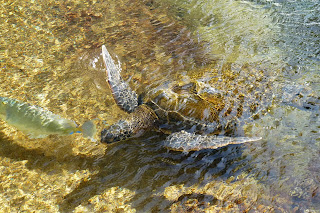 One of The Kahala's green sea turtles 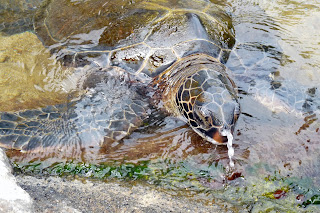 Have you ever seen a sea turtle make a water spout? 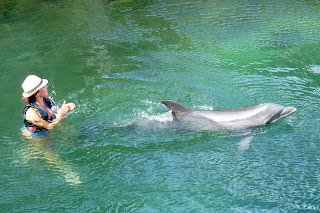 The dolphin lagoon at The Kahala 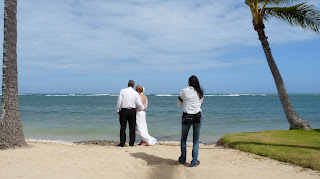 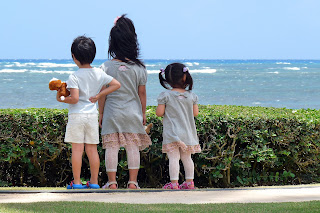 Candid shot of three precious children (young wedding guests)
at The Kahala, during the one nanosecond they were still.  :)

The Kahala has four restaurants on site:


·        The Veranda, for afternoon tea, cocktails and light pupus in the evening 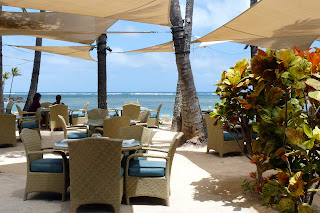 The Seaside Grill for casual lunches at The Kahala Resort 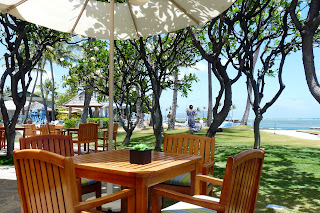 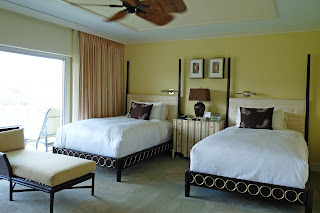 The Kahala’s rooms are especially lovely.  This shows about 60% of our bedroom area in #906—a partial-ocean-view lanai room on the 9th floor, overlooking (for the most part) the golf course.  The bathroom was amazing, but my photos just don’t do it justice, so I’ll not insult it by posting them.  Included in the bathroom area—which was sort of like three rooms—was the biggest safe I’ve ever seen in a hotel room.  It had plenty of space for not one, but two large laptops, plus the odd tiara or bag of crown jewels. 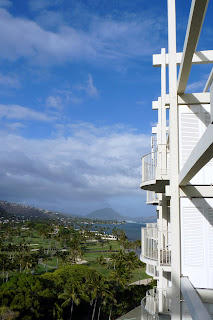 Here’s what the partial ocean view is like from the lanai
of room #906.  It is beautiful but…partial. 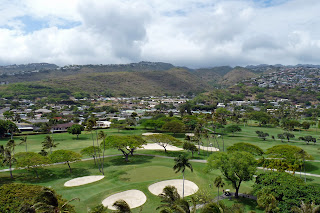 
Whether it’s worth the additional bucks for a partial ocean view, over just a mountain view, is a personal call; but I definitely suggest springing for a lanai.  I also suggest booking through a travel agent, who may be able to request a complimentary upgrade for you, or at least a high floor for the best views.


In a hotel of superlatives, possibly the thing that amazed me the most was one morning when I walked out our door.  The housekeeper, Heidi, was cleaning the room next to ours.  When she saw me—even though we’d never seen each other before—she said without a moment’s hesitation, “Good morning, Mrs. Scheck.  How are you?”  Imagine how much turnover there is in a hotel.  She didn’t know I would be leaving my room then.  She didn’t have time to check her cheat sheet.  How does she not get mixed up and call me by the name of the guest who left the day before?  You know, Rihanna or something?  The Kahala’s 5-star service would be hard to top.


We left “paradise,” as Elton John called it, to go to the much more moderately-priced Aston Waikiki Beach Hotel, where our tour group would be staying.  Perhaps it was the juxtaposition of the secluded Kahala, with the energy levels of Waikiki that made me start thinking of Waikiki as “Vegas on the Beach.”  It was something about the volume of people and sounds—the hustle and bustle of Waikiki.  That Las Vegas association kept popping into my head.


Then who do you think showed up at the Waikiki hotel, but Elvis!

I rest my case. 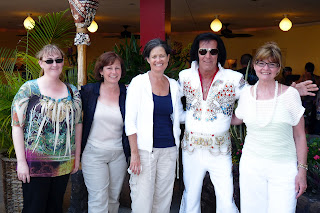 "Elvis" visits us at the Aston Waikiki Beach Hotel

(At least if Elvis showed up at The Kahala, you’d know it was the real one.)

Till next time, with more on Hawaii hotels…